Drop the resources you’ve been using to learn Japanese or pieces of entertainment you’ve found that put your skills to the test!

I’ve been playing through the Yokai Watch games in Japanese. The games themselves are okay but the parts I like are running around the super-detailed environments. The games take place in multiple different open-area towns that make you feel like you’re in Japan. I recently started up Yokai Watch 3 and was blown away by the city area… 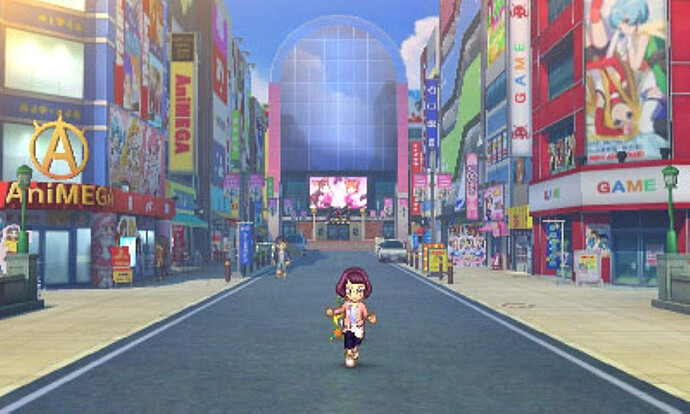 The Japanese is easily readable and features furigana for every word so you’re able to search up the words that you don’t know yet. Even if you know the basics of Japanese I’d say you’ll be able to understand a good portion of this game. Don’t be too afraid about being stuck, either, because there are waypoints on every location you need to go to.

I’d recommend this game if you like relaxing RPGs or exploring open areas and need a game that’s easily understandable for beginner-intermediate learners.

You can get the first game for around $10 on amazon (but you NEED a Japanese 3DS to be able to play it) here https://www.amazon.com/Yokai-Watch-Nintendo-3DS-Japanese-Version/dp/B00CDIHUE6/

Another game I’ve been playing recently is Ni no Kuni on the DS.

If you’re like me and never knew this game came out on the DS, don’t worry! It only ever released in Japan, with the PS3 port/remake coming out in the US. 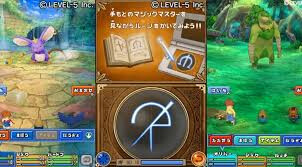 It’s another Level 5 game (makers of Yokai Watch) so the Japanese is usually pretty simple. I recommend this game if you’re into turn-based RPGs and Studio Ghibli, as they’re the ones that animated the cutscenes among other work for this game.

Also, it comes with a physical book that you need to use to play the game. This surprised me, but the game forces you to find the way to draw runes in the book before you can use them. 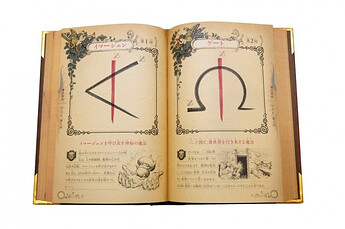 Here’s an example of what I mean. You need to draw those symbols on the DS screen to be able to use certain powers. It’s a really cool gimmick in my opinion. Plus, the book is full of cool drawings and Japanese!

You can find this game for 20-30 dollars on ebay, amoung other used game store websites.

Okay… Time to get something off my chest…

I’ve been obsessed with the show The Bachelor: Japan recently… Don’t judge me, okay!

I’ve never watched other versions of The Bachelor but from what I can imagine this show has the same premise: Many women compete for a proposal from one man. At the end of each episode is a “rose ceremony” where women who receive roses will make it to the next stage while those who aren’t as lucky leave the show.

This show is available on Amazon Prime (only in Japan, so you’ll have to use a VPN to access it if you’re not there now) and sadly doesn’t feature subtitles of any kind but it’s still totally worth watching.

My Japanese skill level is nowhere near the level needed to understand everything that’s said, but this show doesn’t need understanding of the language. Context and reactions are so easy to understand that it makes this show really easy to watch. I showed a few parts to my parents and they were able to easily understand what was going on, even not knowing a single word of Japanese (well, except for domo arigatou, but that doesn’t really count).

Here’s a video of the bachelor meeting one of the more interesting characters:

See how fun it is!? The show is ridiculous and definitely worth a watch, especially if you’re into reality/competition shows and/or trash TV like I am and want to get used to hearing Japanese at the same time.