Feel free to request a translation for memes featuring Japanese text or bring your own explanation to test your understanding! 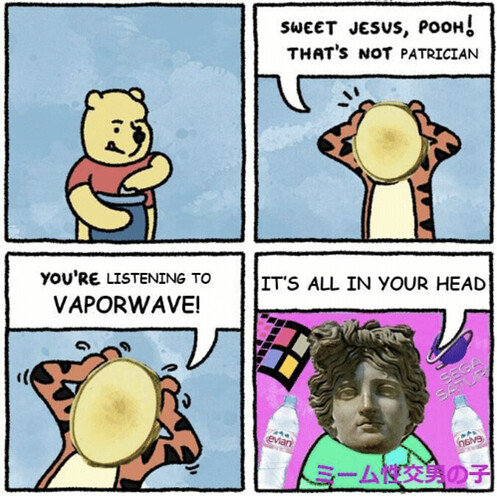 Here’s an explanation request I have😅 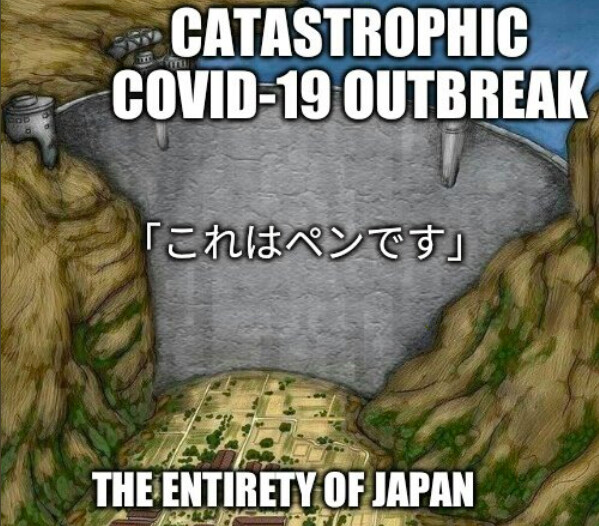 Calling on @Saori to come help…

The only thing I could think of is これはペンです is known as a very basic sentence and one of the first expressions which all Japanese people see and learn in English class. We often make fun of this sentence since we wonder in what situation they use “this is a pen” in real life.
So, I’m assuming the meme gives the iconic and stupid sentence as a saver just to sound funny without deep meaning?
If anybody has other/more idea, please give your comments!

The screenshot itself reminds me a bit of Attack on Titan (though i only saw one season before deciding I hated it); it features a prominent wall, far too tall for ordinary use. In the series, the large walls were built to keep out Titans: gargantuan, frightening, nude and very human-like creatures that attack and EAT humans.

I think using a useless sentence like “This is a pen.” on the wall itself considers how weak the city really was in spite of it; the Colossal Titan was SO BIG it could peek it’s head over the top. And eventually broke through.

So… perhaps… これはぺんです labeling is a cruel metaphor; for early pandemic, all we had to defend ourselves [city] was a basic mask [stone wall] from the Titans [COVID-19].

Is that a logical leap, given what’s in the picture? I… don’t want to sound weird.

Also… こんにちは、みんな!
(Hello, everyone!)
Hope my first post on discovering there were forums wasn’t a dud.

That’s a deep analysis and actually makes some sense! I actually did a little more digging and found that there were some people on a talk show wondering why Japan had a better grasp on the virus than other countries.

One of the thoughts was that Japanese is spoken more softly than other languages, particularly English. To test this, they had one of the members speak “This is a pen” and 「これはペンです」while holding a tissue in front of their face to see how much air was released from speaking. They found that the English phrase had more air exhaled and was more pronounced, thus, their suspicion was found true (although I’m not sure how much it really had to do with that, it was probably just a funny segment for their show😅).

Here’s the story, it’s pretty funny and explains the meme, finally giving me some closure I didn’t know I needed😂 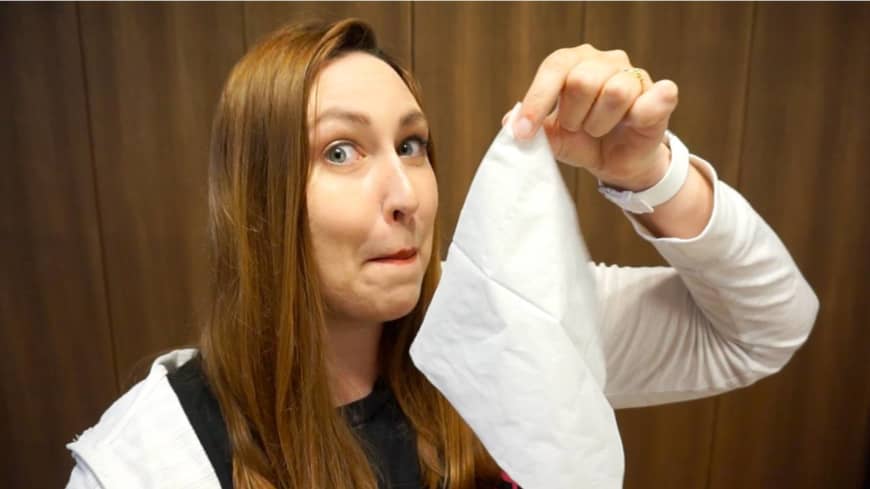 'This is a pen': Taking a preposterous COVID-19 hypothesis to another level...

oh my goodness.
It’s… kind of obvious that a puh sound with the lips drives out much more air, aaaaand it was over enunciated!

Before the video, I thought there might be a solid point. Most spoken Japanese I’ve heard that isn’t over-acted anime VA, sounds very quiet and subdued.

it’s just a silly video, and users so quick to label it racist.
(Methinks they didn’t cover US internment camps during the war in History class…)

And here was I, thinking Americans were the ones with too much time on their hands to meme… if you find a good one, please share!

Oh yeah… is this a thing: young people in chat using 草 as the new LOL? Details are fuzzy, something about repeating v, vvvvv looking like blades of grass, thus usage of the grass kanji.

i feel like an emoji would be less effort honestly… but i dunno what it’s like to type natively in Japan.